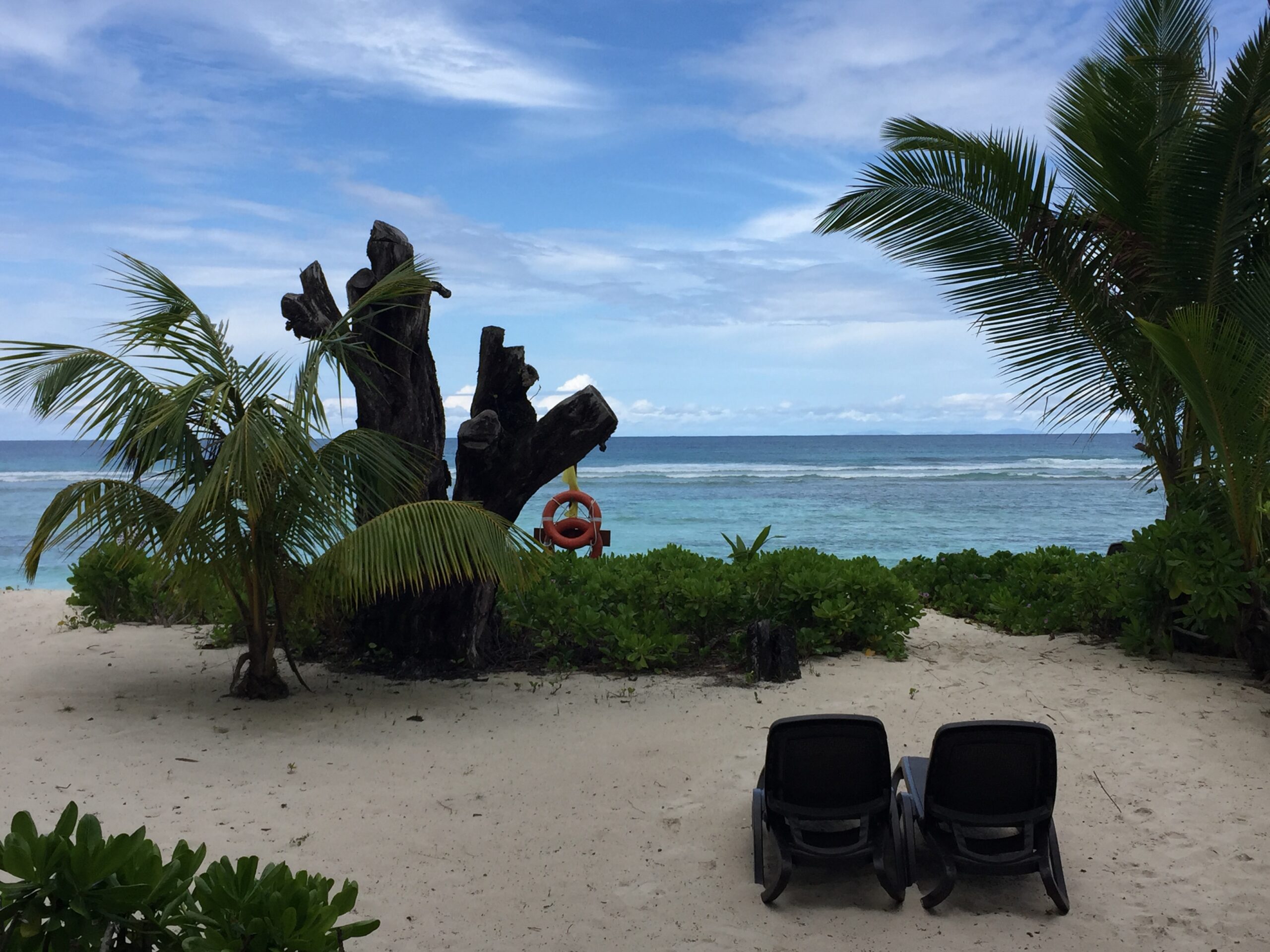 The Seychelles — a distant jewel

This archipelago of tiny, almost unbearably beautiful islands welcomes visitors as if their nation’s future depends on it. In fact, it does.

You have to look hard to find the Seychelles — 115 microdots of land scattered like dispersed sand grains in the western Indian Ocean. Your friends and neighbors have never heard of it.

Its total population is 95,000 people. You could wedge them all into a couple of neighborhoods in London or Tokyo or Mexico City, and the neighbors might not even notice.

There’s no glitz here, no towers of glass, steel and neon, nothing remotely resembling a freeway. No massive casinos giving off that carnival-of-tourists vibe. Only two places to play golf here — although one of them, on the island of Praslin (pronounced PRAH-lan) has been described by a British newspaper as possibly “the world’s most beautiful golf course.”

The club scene’s not exactly “lit.” And beyond some minor trinkets and a distillery called Takamaka churning out some lethally smooth rum, there’s almost nothing in the way of shopping here. Surfing spot? Not really.

NOT “LIT,” JUST LOVELY
There’s a bit of history attached to these islands. After all, they were first a French colony and later British, and had been visited by Arab sea traders before that. But there’s lots more history to be found across the rest of Africa, and readily accessible via shorter flights.

So what is there to recommend the Seychelles to a traveler? Answer: Some of the most beautiful seascapes on Earth.

I’ve seen beaches in the Americas and the Caribbean, the Mediterranean, Hawai’i and Asia. For sheer, unimaginable beauty, this relative handful of small islands and coral atolls leaves them all at the surf line.

At almost every turn along the coast of its largest island, Mahé, you find pristine strips of tree-shaded beach, with white sand almost as fine as powdered sugar. The Indian Ocean’s waters are wonderfully warm all year. You can fish. You can swim, snorkel, scuba. Or you can stretch out on the sand and do nothing, except soak up the fact that you’re spending your vacation in Paradise.

AN OCEAN, OR A POOL, OF YOUR OWN
If the beach is too far for you to go, you could always just chill in your pool at one of the dozens of upscale resorts. And it might literally be your pool; at many of those resorts, each one-, two- or three-bedroom villa has a pool of its own.

Most of them are found on Mahé, but others lay claim to their own private islands. And when you find that stretch of otherwise unoccupied beach, that makes it your private island.

And yet, officially, they aren’t private at all. By law, every beach in the Seychelles is public.

Like your seafood fresh? There’s a good chance the fish on your plate tonight was swimming somewhere offshore that morning.

Even as it furiously promotes its islands as a tourist destination, the government here is all about conservation. Roughly half of the Seychelles’ islands are treated as national parks or nature preserves.

Others provide habitat and shelter for sea turtles and giant tortoises, raising hatchlings and treating those attacked by dogs or mistreated by people.

You won’t see tons of trash and litter around Mahé or any of the other islands, either. The locals are pretty diligent about keeping things clean.

The Seychelles is a long way to go just to chill out on some of the world’s most beautiful and least crowded beaches. But after a week or so of chasing the Great Migration across the dusty African savannah, or clambering over the rocks and cobbles of northern Ethiopia’s historic sites, a few days on an island Paradise might be just your ticket.

And getting there is an easy three-hour flight from Addis Ababa on Ethiopian Airlines, the largest passenger airline in Africa, and one of the world’s best.

Viewed from that angle, the Seychelles don’t seem so far — or far-fetched.