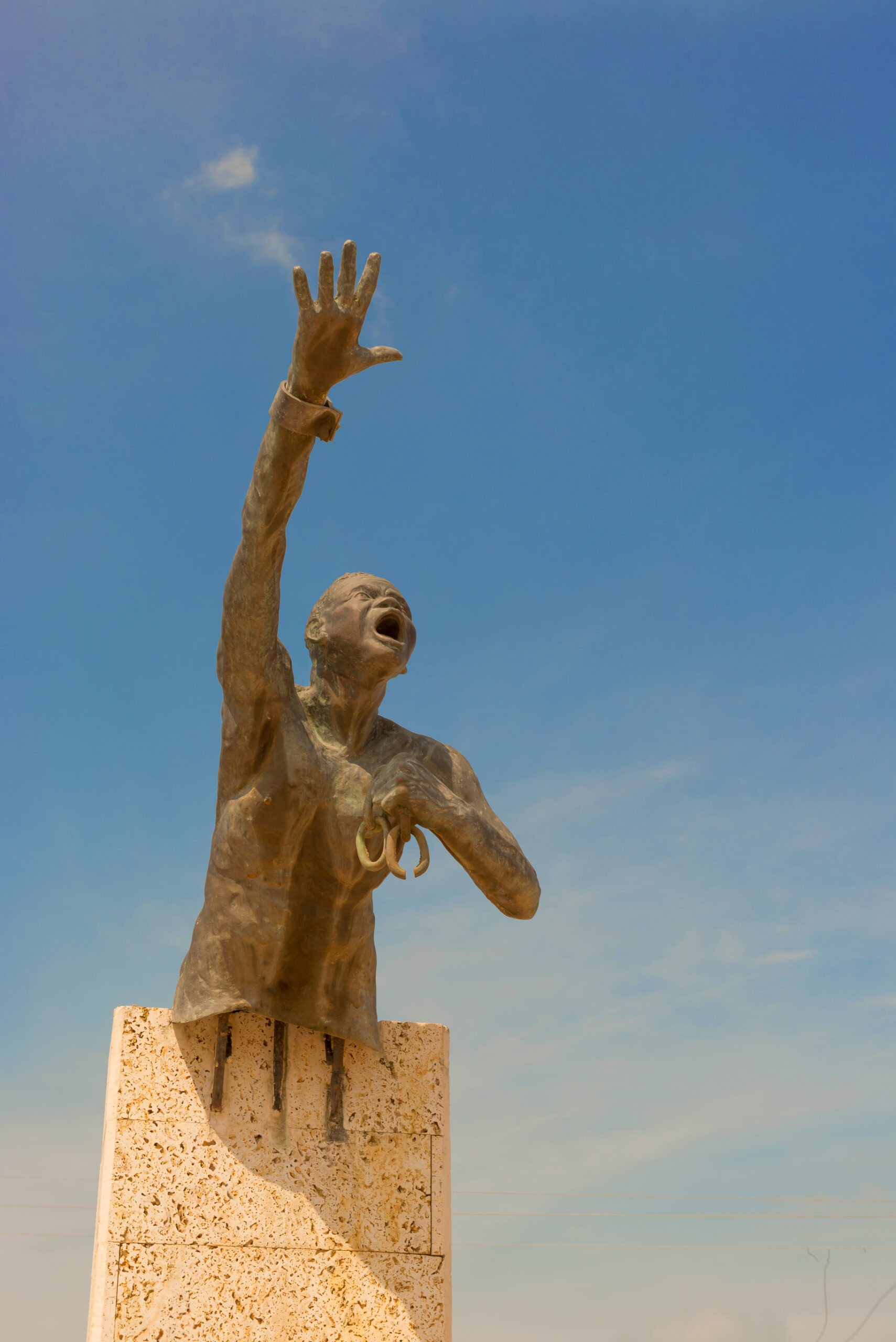 Lands of the Maroons

Wherever Africans were enslaved, you could find Africans who formed their own societies and stubbornly clung to the cultural heritage of their ancestors. Some of their communities still exist today.

Captive Africans in the Americas resisted slavery. Some took up arms against it. Some formed hidden communities in the wilderness to escape it. The Maroons did both.

The term maroon is a corruption of the French word “marron.” Europeans used it to describe what they called “runaway slaves,” as if they were truant children running away from home.

But that wasn’t what the maroons were. They simply rejected the quaint European notion that enslavement was their natural lot in life.

Some formed loose bands that stayed on the move. Others bonded with indigenous tribes. The more urbanized quietly lived as free men in colonial towns, or found work on sailing ships.

But the most famous of the Maroons built their own settlements, sometimes walled towns, called palenques in Spanish, quilombos in Portuguese.

They chose places hard to find and easy to defend — mountainous jungles, places with names like the Great Dismal Swamp.

They waged guerrilla war for decades against slavecatchers or European armies, even slipping back to the plantations to rescue family and friends.

Later, some Maroons found themselves fighting against other groups that had cut deals with the Europeans to track down escaped slaves in exchange for having their own freedom recognized.

Still, they persisted. In Haiti, a half-century of Maroon rebellions, raids and reprisals laid the groundwork for the revolution that saw a Haitian slave army defeat Napoleon’s forces and win their freedom outright.

The march of Time took a heavy toll on Maroon settlements. In this country, many were destroyed by the army and pro-slavery militias. In later years, Maroon descendants would be quietly manuevered off their lands, which became golf courses and luxury resorts.

Everywhere, today’s Maroons fight to keep their communities intact and their cultures alive. And they increasingly are turning to small-scale tourism to achieve that.

Some of their communities may be but an hour’s drive through mist-shrouded mountains. Others may require sailing upriver in long wooden dugout canoes called pirogues.

Either way, Maroon communities across the Americas are welcoming the interested, respectful visitor.

COLOMBIA
Probably the easiest place to experience Maroon culture is San Basilio de Palenque, home to approximately 3,500 people, about a one-hour drive southeast of the port city of Cartagena. It is recognized by UNESCO as the first town of free Africans built in the Americas.

Not just a collections of huts, they built a fully walled town, one of many in Colombia in the 1600s. The Spanish tried for 70 years to destroy it, and failed. But the residents of this palenque went further still.

They would actually meet captive Africans almost as soon as their feet hit the dock and spirit them away to safety — and freedom — of their walled towns.

Its residents are direct descendants of the first captive Africans imported to the country. They not only preserved much of their African heritage and original languages, but even developed one of their own — palenquero.

When it was founded in 1599, the San Basilio de Palenque was the first free African settlement in Colombia. Now, it is the last. It is open to visitors and small tour groups.

JAMAICA
Here, four Maroon villages not only still exist, but celebrate their history and culture in annual festivals that pull together Jamaican Maroons from all over the island nation.

Charles Town, Moore Town, Scott’s Hall and Accompong offer individuals and small groups a glimpse into their history, their way of life and the cultural traditions handed down over the centuries.

The founders of these villages were brought to Jamaica from West Africa, especially from what is now Ghana. Many were Akan peoples, including the Ashanti, a proud, warlike people with a history of conquering their neighbors.

Which may help to explain why Jamaican escapees not only formed their own villages, but quickly turned to guerrilla warfare to defend them, frustrating and confounding the British army for nearly a century.

Jamaica’s Maroon towns are seldom more than an hour and a half drive from the capital city, Kingston or Ocho Rios, itself a tourist attraction. And the drive from Kingston to Charles Town takes you through the beautiful Blue Mountains National Park.

The GUIANAS
Three sovereign nations comprise the region known collectively as Guiana — Guyana, French Guiana and Suriname. The first was a British colony, the second French and the third Dutch. All had Maroons.

Maroons of this former Dutch colony number well over 100,000. Like their counterparts in Colombia and Jamaica, they well are welcoming visitors, and for basically the same reasons — economic and cultural survival.

But unlike in other parts of the Americas, the Maroon struggle for freedom in the Guianas did not end with the abolition of slavery. As recently as the late 1980s, they fought a 3-year war in Suriname after the army there massacred 35 Maroons in one village.

Maroon tourism in the Guianas may be the least developed of all, and thus may requires the most effort on your part. For example, you may not only have to reach villages via pirogues, but haul them overland for short distances. To visit these communities, you probably want to be in good shape first.

Still, if you want to get a real taste of Maroon life — and put a little adventure in your own life — there may be no better place to do it.